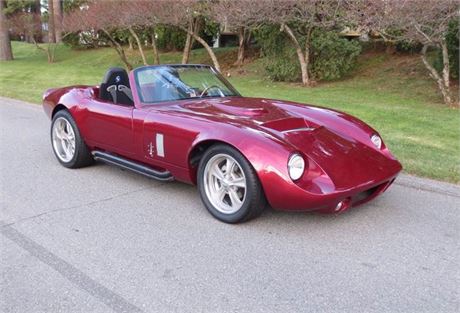 Factory Five is famous for their Cobra Replicar's including the Daytona Coupe. Built in 2012, This is one of 30 prototype Daytona Spyders produced, assembled by a long time builder for factory five this car has only 56 miles and will probably need some shake down time to become a reliable driver, It also does not have windshield wipers, or outside rearview mirrors. Freshly built 302 at about 320 HP, 5 speed, 9 inch solid rear end, it would make a great track car.